Since its development in the 1970s, Sephora has risen to become a hugely successful chain of cosmetics stores. The company has shop fronts in countries all over the globe, and today, the Sephora name is synonymous with beauty, style, fun, and elegance. This store chain continues to grow and shows no signs of slowing down, making cosmetics enthusiasts everywhere rejoice.

Part of Sephora's success is due to the company's ability to adapt and develop over time. From global expansion to creating a strong web presence, the company has made many changes over the years.

According to the company history, what is now Sephora started out as a small perfumery in Limoges, France, called Shop 8. Dominique Mandonnaud wanted to provide a place for customers to try out the products before making a purchase, something almost unheard of at the time. Products were grouped together by type, not brand. By 1979, 12 more stores had opened. 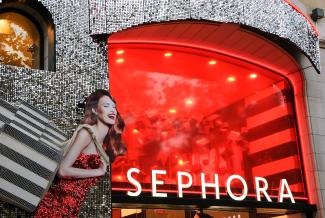 The UK's Boots PLC chain, which became the 38 Sephora-branded stores Mandonnaud would later purchase, began in Paris. This group of stores partnered with a department store group, Nouvelles Galeries. Unfortunately, these stores were not very profitable.

Mandonnaud purchased the Sephora chain in 1993, according to the company history. This meant merging the 38 Sephora stores with his 12 Shop 8 stores.

In 1995, Sephora company history reports that it launched a brand of its own name. The Sephora brand included bath and body products.

In 1997, Louis Vuitton and Moet Hennessey purchased the chain. Mandonnaud retired right around the time of his 50th birthday. Since that time, the Sephora brand has branched out into 30 countries across the globe. By 1998, Sephora had expanded into Italy, Portugal, Spain, and Poland.

Expanding in the United States - 1999

In addition to the company's impressive number of stores, Sephora now offers its products for sale on its website. According to the company, the U.S. site launched in 1999, and the Canadian version followed in 2003. While online customers cannot benefit from the company's in-store sampling program, the convenience of shopping online is a draw for many. Additionally, the online store may have brands and products that local stores do not. With the comprehensive return policy, shopping is mostly worry-free.

We Are Sephora reports that in 2003, the company started its Beauty Insider program. This program allows customers to earn points as they buy. As points build, customers become eligible for small gifts. There are three levels you progress through as you earn points on your purchases: Beauty Insider, VIB, and VIB Rouge. 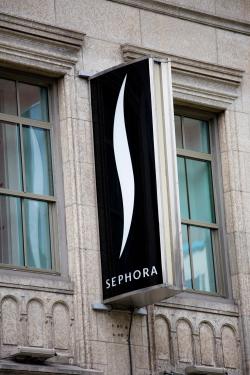 Following the success of its online presence with Canadian consumers, Sephora reports that it launched its first Canadian store in Toronto in 2004. Like their U.S. counterparts, many Canadian Sephora stores are located in malls.

We Are Sephora explains that the company took the "try before you buy" idea a step further in 2005. That's when they introduced beauty bars , which became popular in Sephora stores.

As part of Sephora's ongoing effort to reach as many beauty aficionados as possible, the company partnered with JCPenney stores in 2006 to create "Sephora Inside JCPenney," a store-within-a-store concept. There are over 485 of these mini-versions of the freestanding Sephora stores. They often do not contain as many products, but they still operate in much the same way with sampling and the Sephora Beauty Insider program. 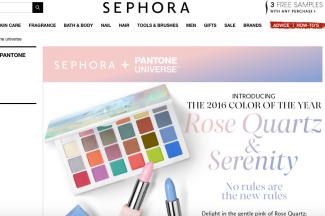 In 2013, We Are Sephora reports that the company teamed up with Pantone to create a shade selector. Not only does Pantone announce a "color of the year" every year, this addition to Sephora's makeup assistance repertoire allows you to select your features (eye color, skin color, and hair color) from a drop-down menu to create palettes that include the shade of the year in the most beautiful ways for you to wear it. Choose from several color combinations and get the step-by-step walk-through on how to recreate your favorites and which products to use.

The Sephora company is known for a few special characteristics, including the following:

Sephora, Then and Now

Sephora has grown quite a bit over the last three decades. The company has forged ahead into several countries, making a name and a brand for itself. The cosmetics industry continues to grow, and it's very likely that Sephora will expand and grow right along with it.

2
Comments
© 2006-2020 LoveToKnow, Corp., except where otherwise noted. All Rights Reserved.
Resources, Advice & Tips for Covid-19
Read More
What Is the History of Sephora?